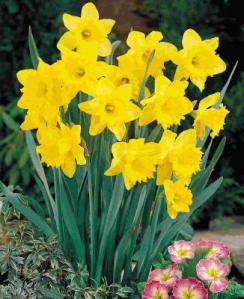 “It was one of those March days when the sun shines hot and the wind blows cold: when it is summer in the light, and winter in the shade.” ~Charles Dickens

“The sun was warm but the wind was chill.You know how it is with an April day.”
~Robert Frost
Spring has Finally Arrive in MEANS!

This is no small feat considering the background of Jessie Torres who was not only a former gang member of “Halik ni Hudas” (Kiss of Judas) in a slum area in Quezon City called Batasan Hills, but also their leader. After he made a decision to follow Christ through a bible study in the area, Jessie embarked on an exciting journey of obedience and transformation in his life. Gilbert came from the same community and also goes to the same church.

Jessie and Gilbert – have come a long way. But their process of transformation to become more like Christ is still ongoing. It will be a lifetime process, really. That is why their graduation at FEBIAS College of Bible is not the end. We still have to continue to pray for them – that the Lord’s work in their lives will not be in vain.

Gilbert plans to be a pastor at PND Church in Batasan Hills – his home church while Jessie Torres – plans to be a youth pastor at a church in Zambales, near his family. He came from a broken family. His father left his mother for another woman when he was a boy. Jessie wants to be near his family so he could share the gospel of Jesus Christ to them.

MEANS will sponsor a graduation celebration to honor Jessie and Gilbert on March 20, 2011 . Their families, former gang members of Kabataang Malaya, ISACC Staff who were instrumental in the transformation of 2 lives will be invited. PRAY that Jessie & Gilbert’s testimonies will serve as an encouragement & inspiration to those who will be present at the party.

MEANS board member off to World Vision, Malawi, Africa

Jim de Mol, with his wife Jojo and kids, was reassigned by World Vision to Malawi, Africa.
Jim has served with MEANS as Board member for over 10 years. He joins the board meeting through Skype. For wisdom as Jim leads his staff in an office that lacks accountability.

A New baby boy added to the MEANS family

The proud parents, Rob and Hannah Mooi with their first born son Caleb, welcomed baby Micah into their family in January 2011. The MEANS family also welcomed the coming of Micah with a shower party in their December 2010 workday. Pray for continued good health for their family, for adjustment to a new schedule, for continued growth and development for Micah.